Hermit crabs will cluster together into groups when the tide is low. But there’s another kind of clustering in which two similar species will separate into separate clusters. Two different species of fiddler crabs segregate, for example, especially when tides are low. In fact, segregation is widespread in the animal world.  Within many species, males and females segregate into separate clusters. This segregation by sex happens even among fiddler crabs. Scientists are still exploring why and how this kind of clustering happens.

We do know that even a very slight preference for similar neighbors can result in this separation. Here’s one very simple Scratch model of segregation. Click flag. At the start, red and blue individuals are scattered randomly on a grid. Each moves to a new random position if more than the acceptable % of its neighbors are a different color. Try setting that acceptable level to 50%. Try about 70%  Even if no individual wants segregation, massive segregation emerges. This is based on Nobel prize winner Thomas Schelling’s famous model of “segregation.” Of course, human segregation is far more complex, but Schelling’s model shows how segregation can emerge even if no individual wants it. Here’s Schelling’s segregation model in NetLogo.

When Schelling first proposed this model in 1971, he had no access to fast computers, but used pennies and dimes. That’s how simple are the rules of individual’s behavior here, but yet something unintended occurs collectively. The behavior rules are simple but sufficient to account for segregation. The important point is that no individual wants segregation but yet it emerges collectively. 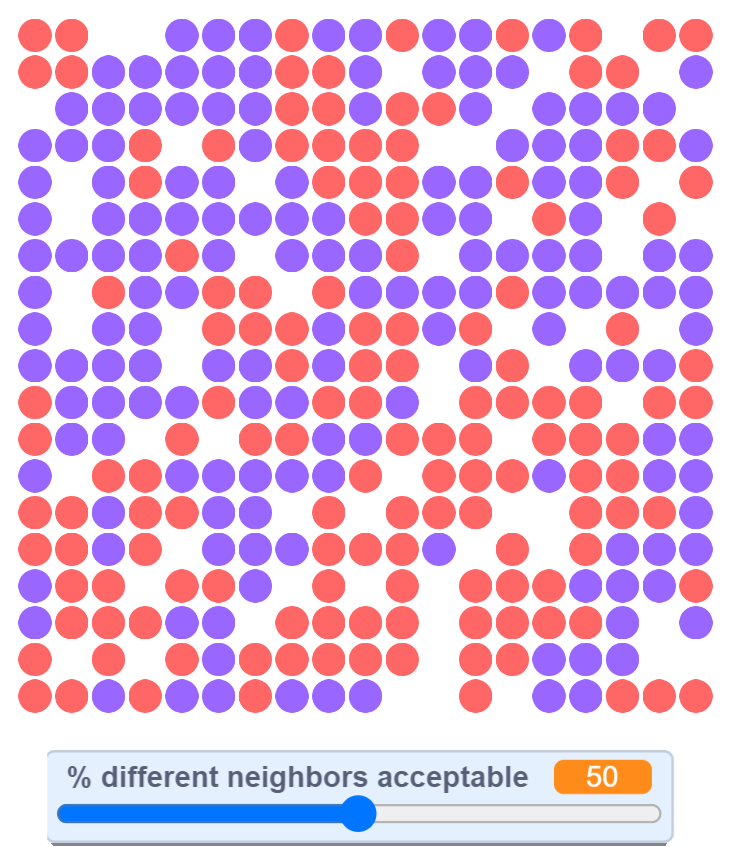 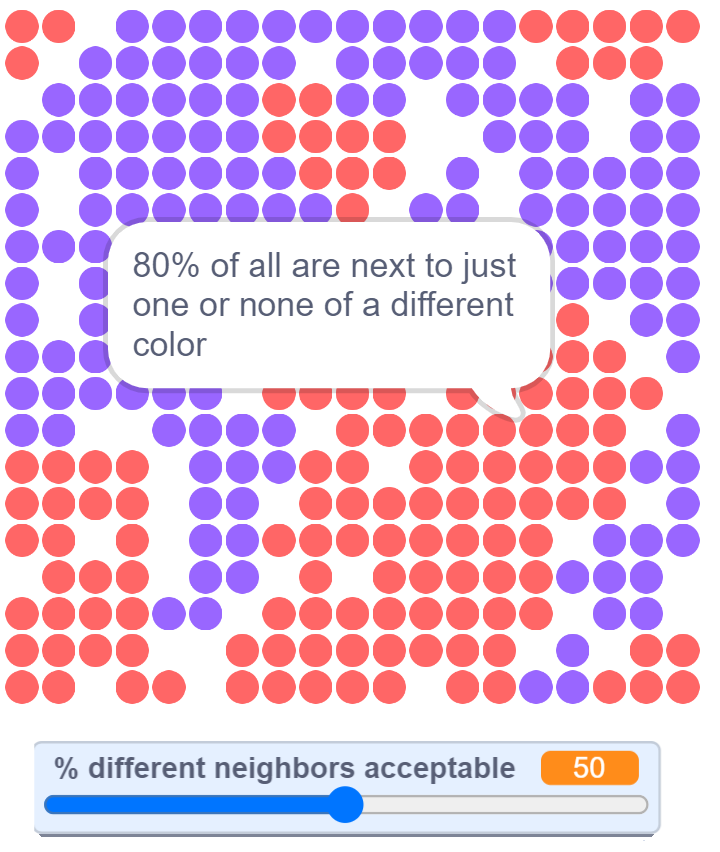 In this model, the key code (above) says:

IF the percent of a circle’s neighbors is greater than the percent different neighbors acceptable, THEN move to random empty spot on grid. 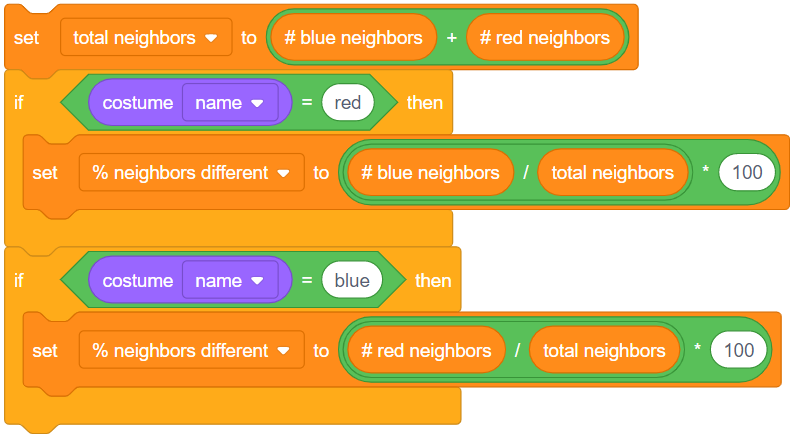 To see all the code, go to our Scratch model of segregation and click “see inside.”

We created a board game called “Crab Clustering” based on the above model of crab segregation. Try the simulation here. Here’s a brief movie showing the crab segregation emerging in the model.