A pack attack is three or more predators invading a prey. 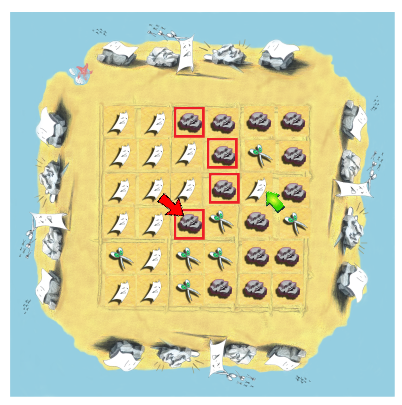 Rock player has the most pieces on the board. But several Rocks are vulnerable to Paper pack attacks (outlined in red).

To protect herself against Scissors, Paper wants to avoid attacking a certain rock (shown with red arrow).Paper player can use a sand dollar to shield a Paper against attack.

Scissors has the fewest pieces. But by not attacking a particular Paper (green arrow), Scissors lets Paper eliminate Rock packs, using an “enemy of my enemy is my friend” effect to win. 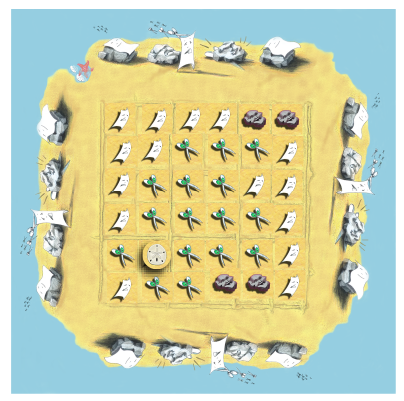 To win, you must end up with the most pieces on the board. You gain pieces by attacking your prey. That’s challenging because your prey attacks your predator.

Skilled players can use this “enemy of my enemy is my friend” effect to their advantage. This effect exists in ecosystems.

The game is a balanced ecosystem model that you can learn to “tip” in your favor. The game dynamics of balancing, tipping and the “enemy of my enemy” effect are seen in competing bacteria, lizards, and many other ecosystems.

The rules are simple (click for rules movie) but yield complex system dynamics, such as rebounds, resilience, reversals of fortune, and oscillations that occur in nature.

Use just rock-paper-scissors for three players. Use “Goo” for a 4-way predator-prey interaction for two or four players. In the two player version, each player uses two predators! Flip over pieces for a microbial version. 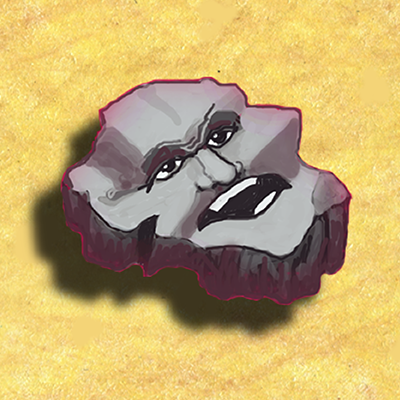 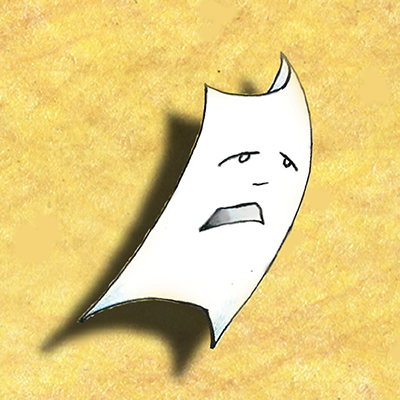 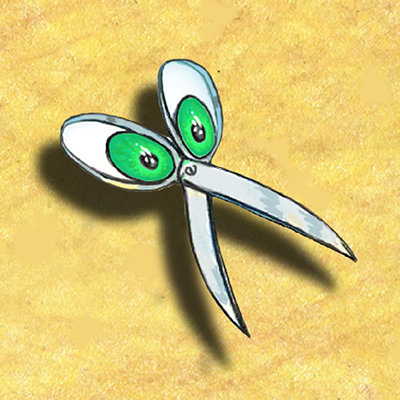 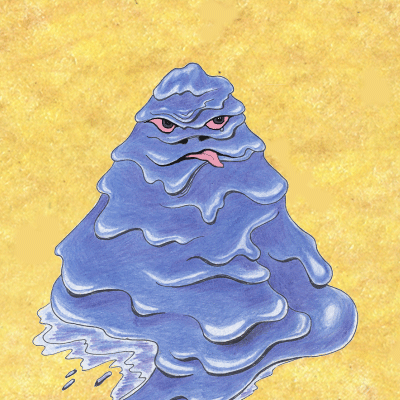 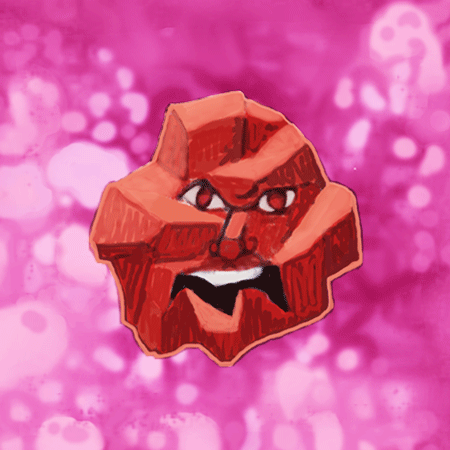 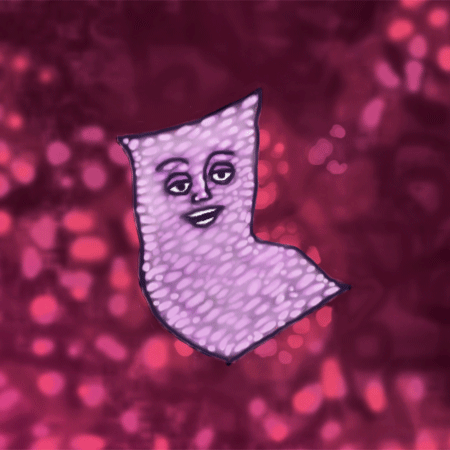 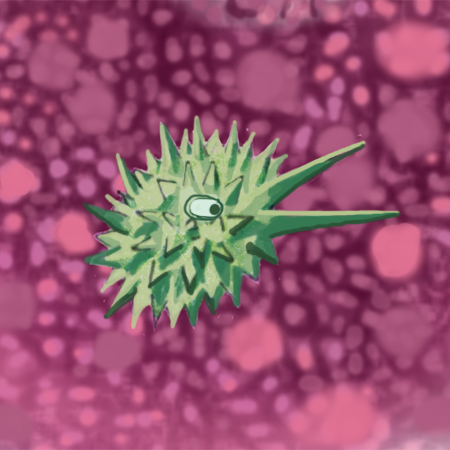 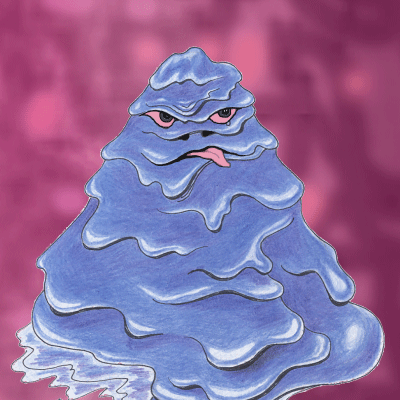 Send us your drawings or photos and we can personalize your game. 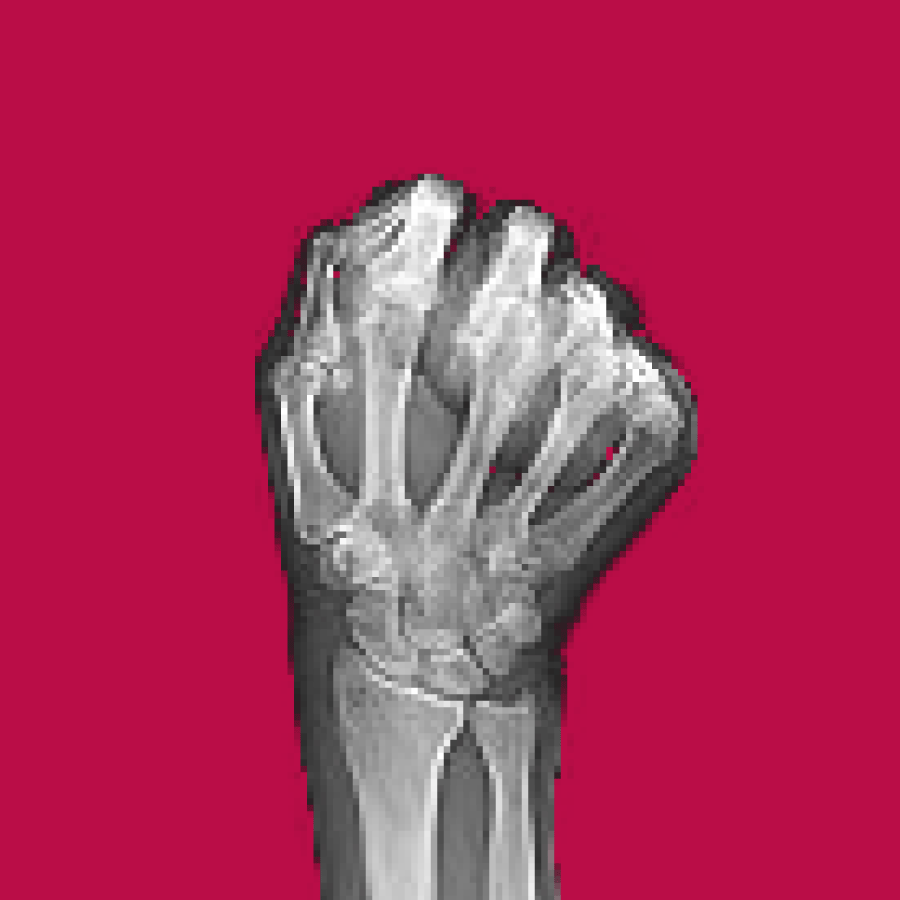 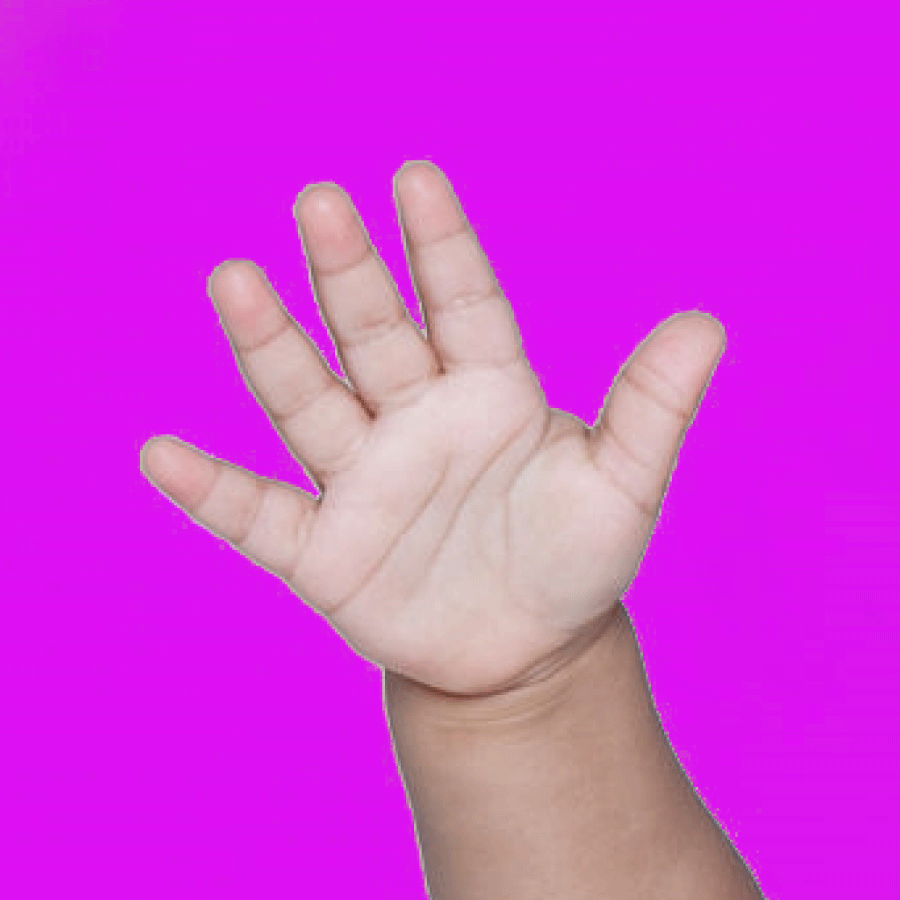 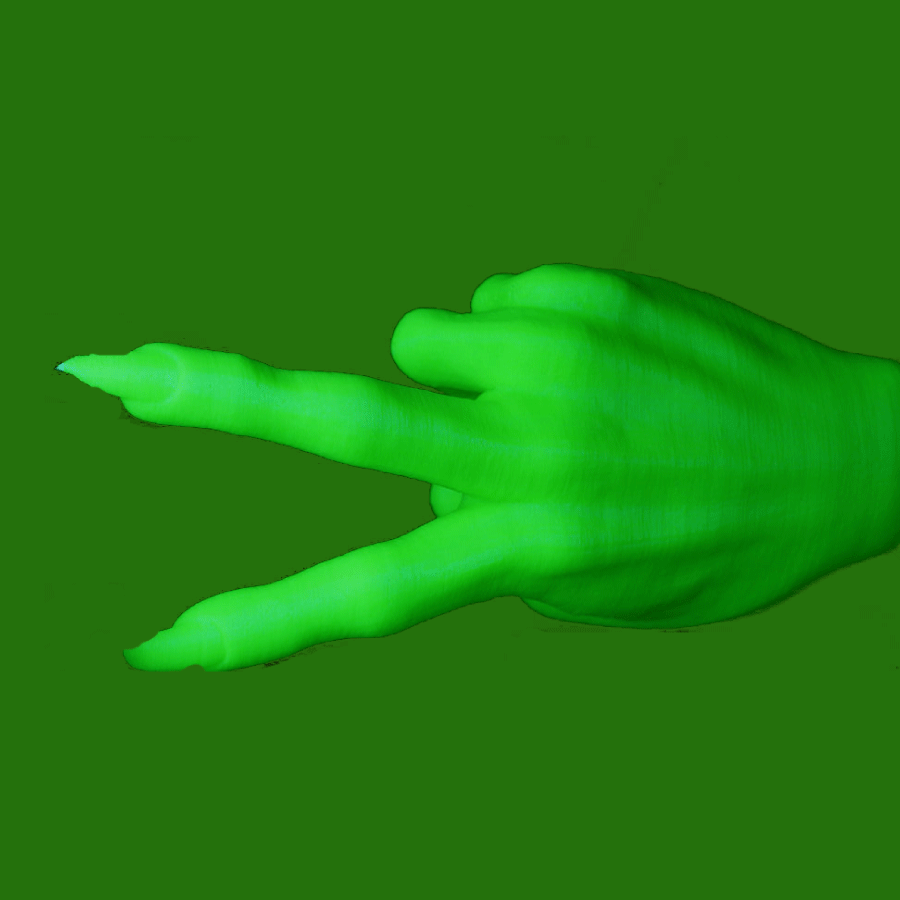 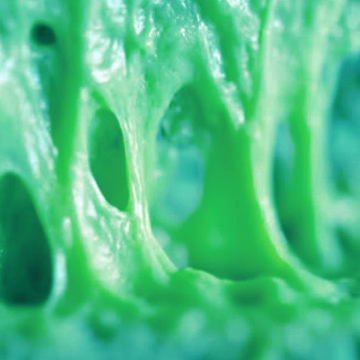 Master the Emergence
Despite the simple game rules, complex dynamics emerge. These emergent dynamics can work against you, or you can use the emergence to your strategic advantage.
Simple Neighbor Interaction

The rules of neighbor interaction are simple but there are many possible strategies to win. Regardless of player skill, global patterns emerge, making the game a self-organizing system. You also can study this global patterning and self-organization with the computer model of global patterns in Little Tip in NetLogo or Little Tip in Scratch (with sound effects accompanying invasions). Here’s one in Scratch with bird-like tiles added for fun. Here’s a smaller version of the model in Scratch that uses our cute images of the characters. You can even change the model and code your own model. Here’s an example of a simple Scratch model with abstract art images and one with just colors. We also have similar versions with Escher-like lizard tilings.

Here’s a variation in NetLogo that uses minimal code (and bird-like tiles for fun). After you click on the models and play with it, you can scroll down to “NetLogo code.” There you will see code like the following:

The above code is a simpler variation on the dynamic where each piece interacts with just one random neighbor. Contrast that with the NetLogo model using Little Tip rules where any piece is vulnerable to invasion if next to three or more neighbors.

To read more about the dynamics that can result, such as tipping, hydra effects and rebounds, see the Little Tip instruction booklet that comes with your subscription box, or see our paper on “Resilience tipping and hydra effects.” 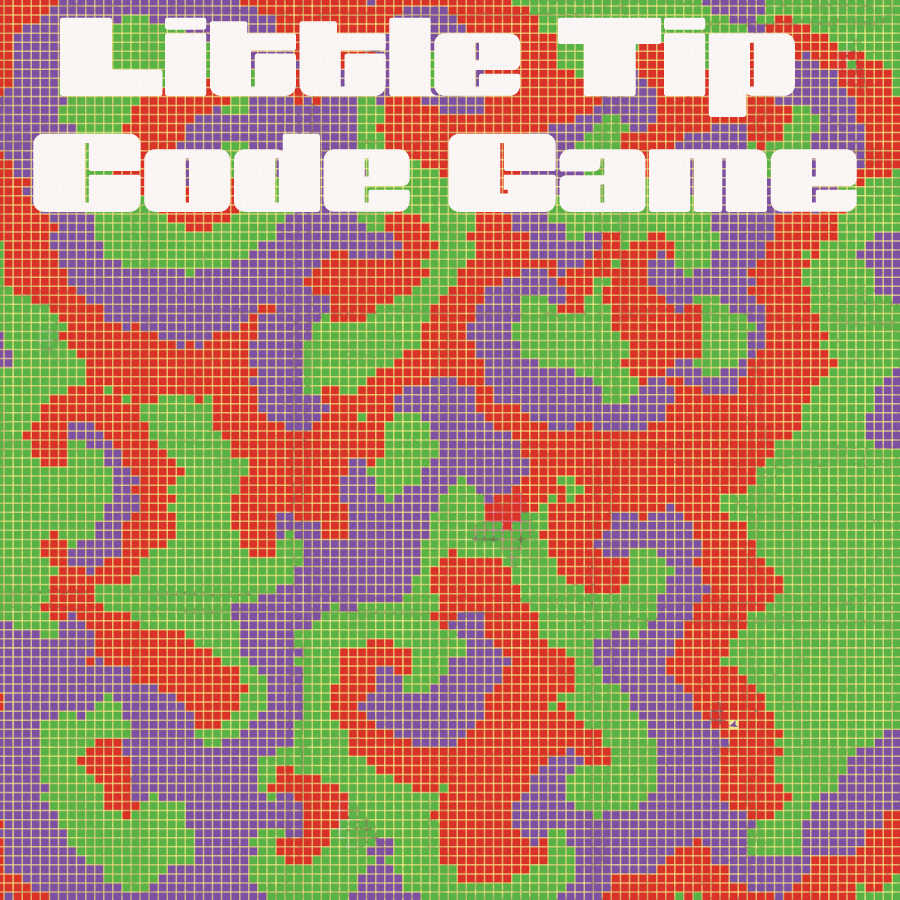 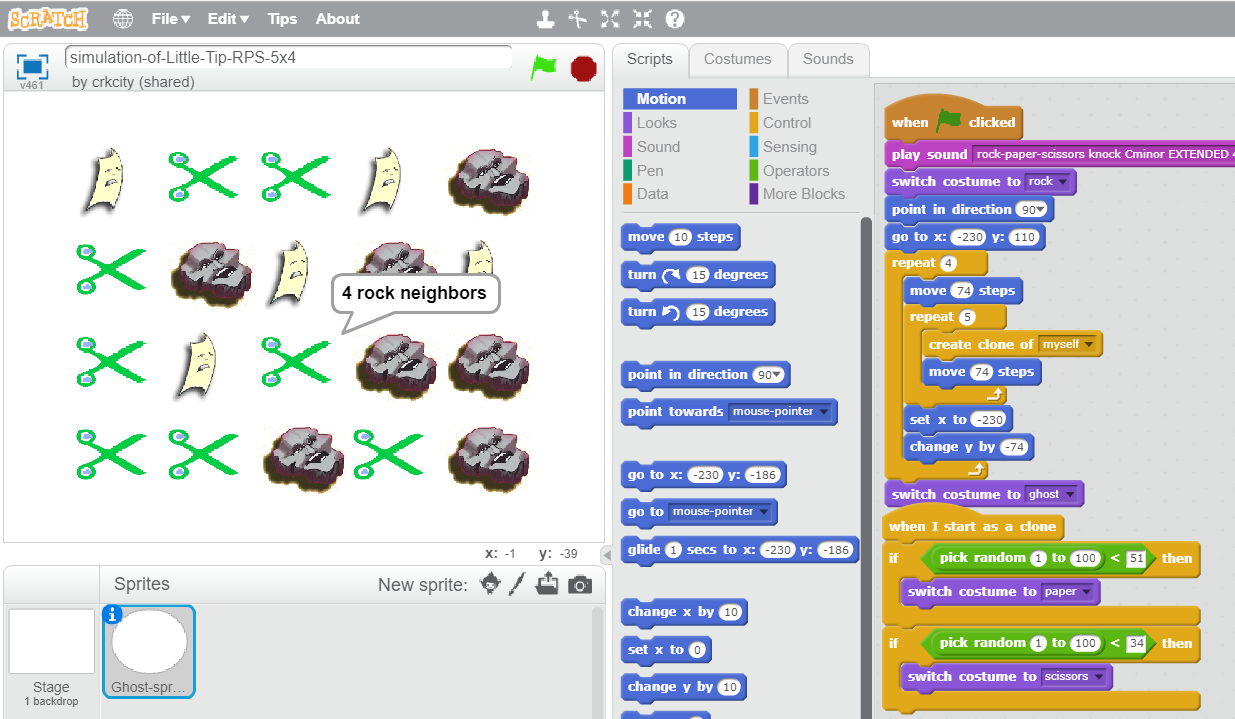 You can also personalize the game with your own drawings or photo. Below is an example of a personalized version in Scratch, following our lesson in abstracting the images of rock, paper and scissors. 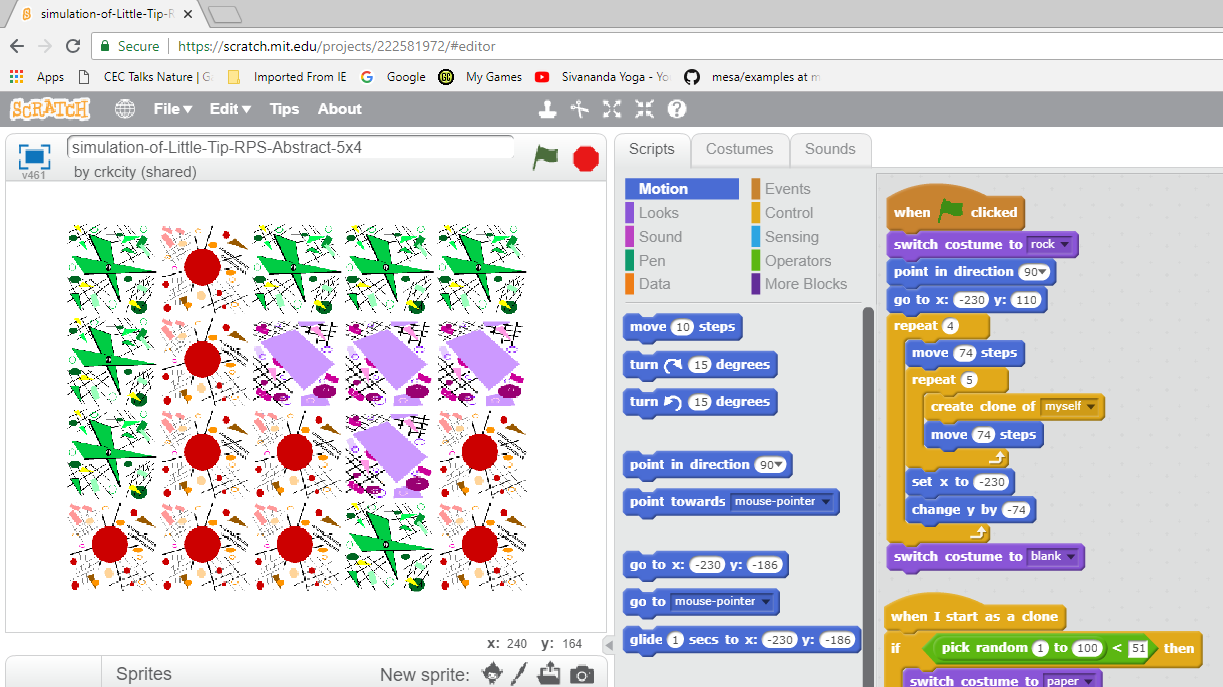 The cardboard and code versions, along with instructional cards, are included in your subscription box.