The pendulum has been a symbol of clockwork regularity. The length of the pendulum’s string predicts its frequency, the number of swings per second.  Try this with a simple pendulum.

Hold the other end of the string on a chair with a heavy book Make sure the string is about half an inch from the floor.

You can place glow-in-the-dark paper under the swinging flashlight. To keep the glow paper flat, tape the corners to floor.

The result is a glowing line or orbit. This works even in a lighted room, but it is more striking in the dark. 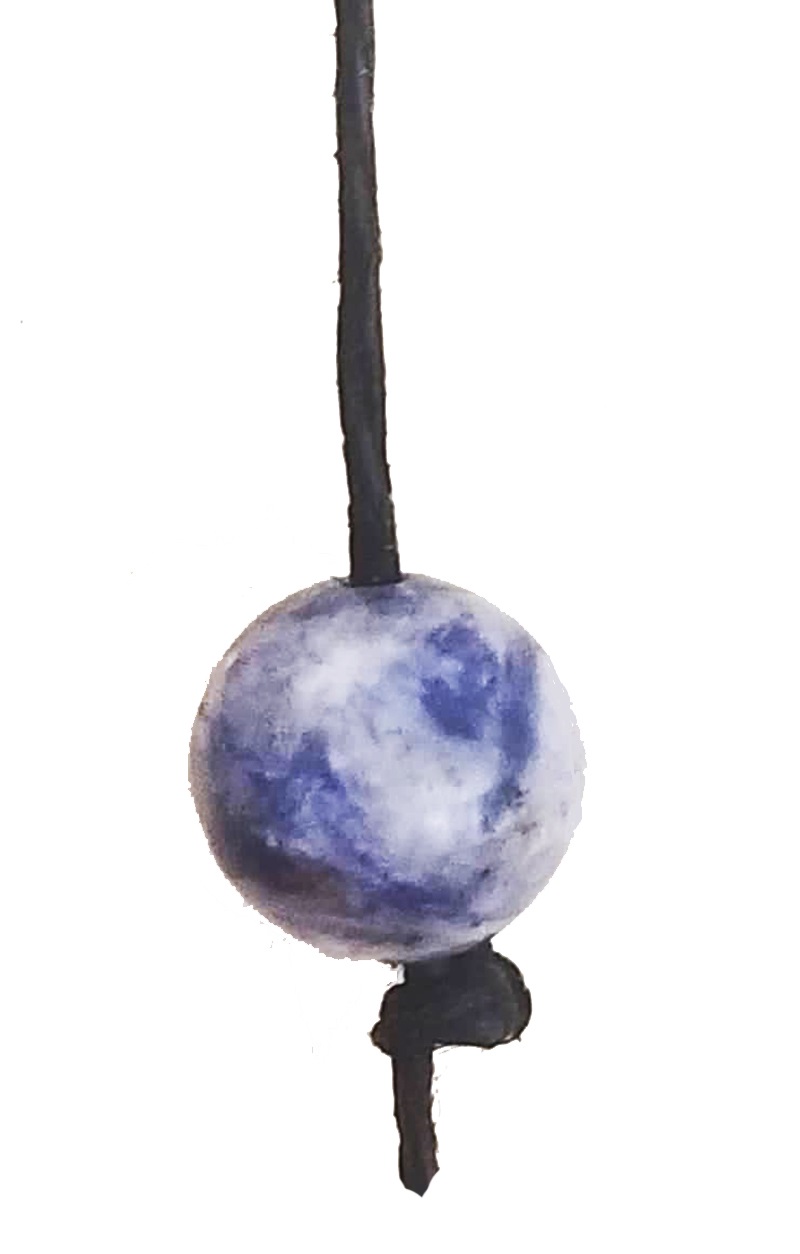 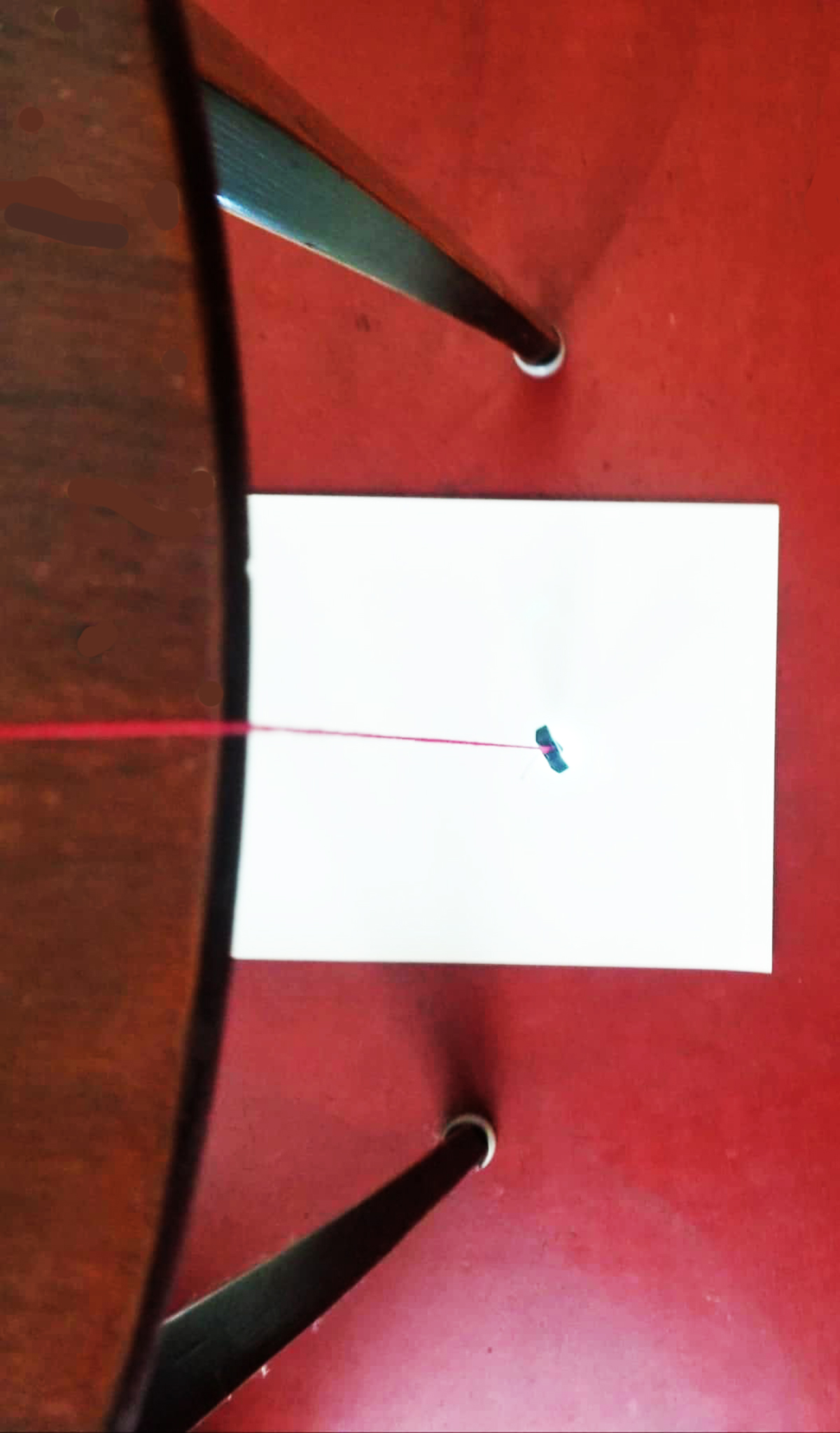 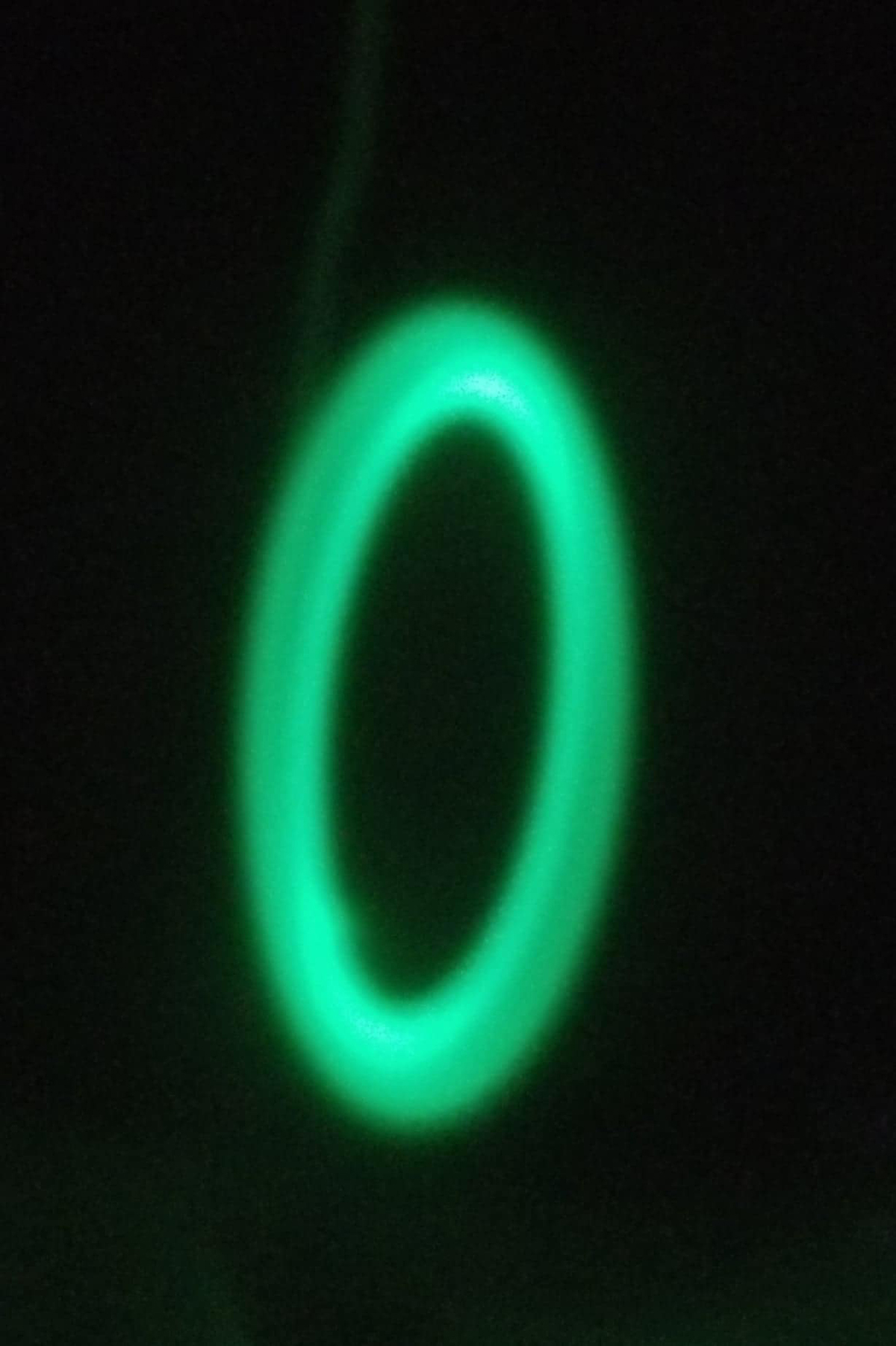 Count the number of swings of the pendulum per minute. The result is the frequency. If you swing the pendulum very lightly, will the pendulum have a higher frequency? Try it and see. 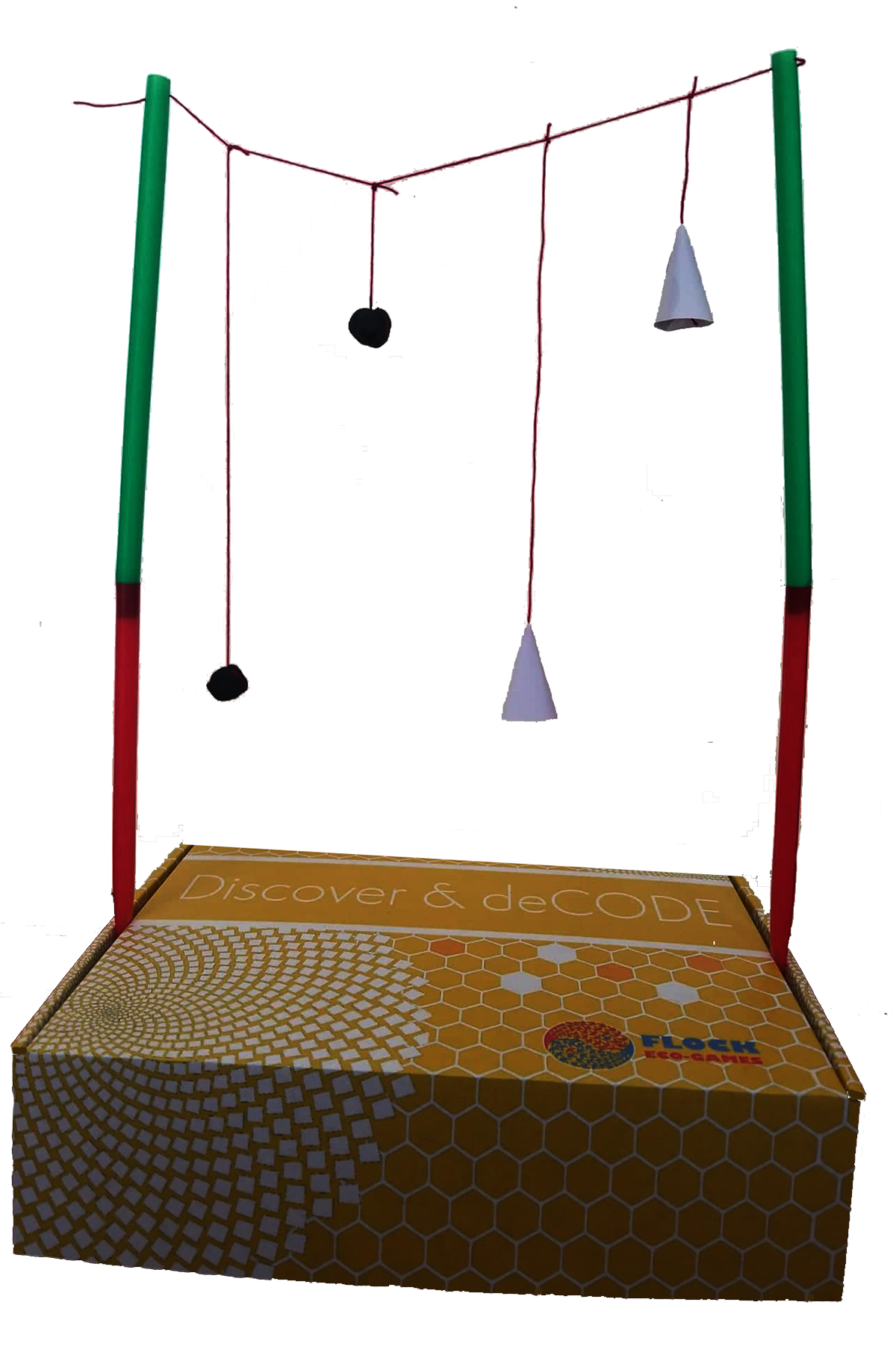 The adult pushing the swing will need to match its natural frequency, so that the driving pushes are not out of sync with the swing. If there’s another swing with the same length hanging from the same horizontal beam, it will start to swing at that same frequency, as if a ghost was pushing it. The “resonance” effect would be especially pronounced if the two swings were both hanging from a horizontal rope or a beam flexible enough to itself vibrate. That’s because the horizontal rope transmits the frequency of the swing. Only the pendulums of the same length will respond with this ghostly effect, called harmonic resonance. Harmonic resonance is the same effect that makes musical instruments work, but also is at play in the vibrations of molecules, planetary orbits and countless other systems in the universe.

Let us examine this harmonic resonance with a pendulum set modeled after “Barton’s Pendulum.”

Insert a straw into another straw. This makes one leg. Make a second leg by joining two more straws. Close the box and insert the straw legs into the side openings as shown, so it stands upright. Cut a slit into the top of each leg and put a string across them, inserting the ends of the string into both slits. 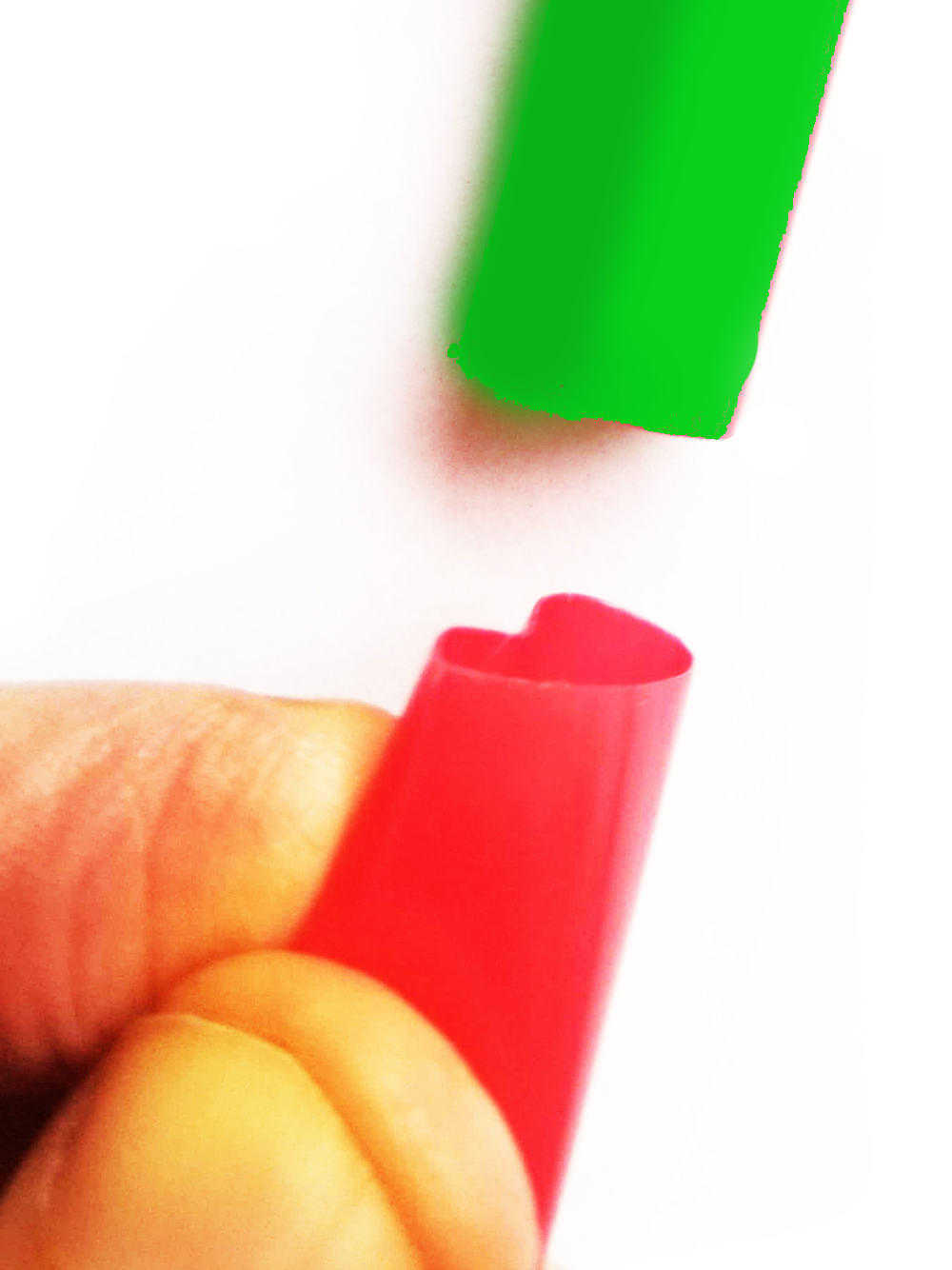 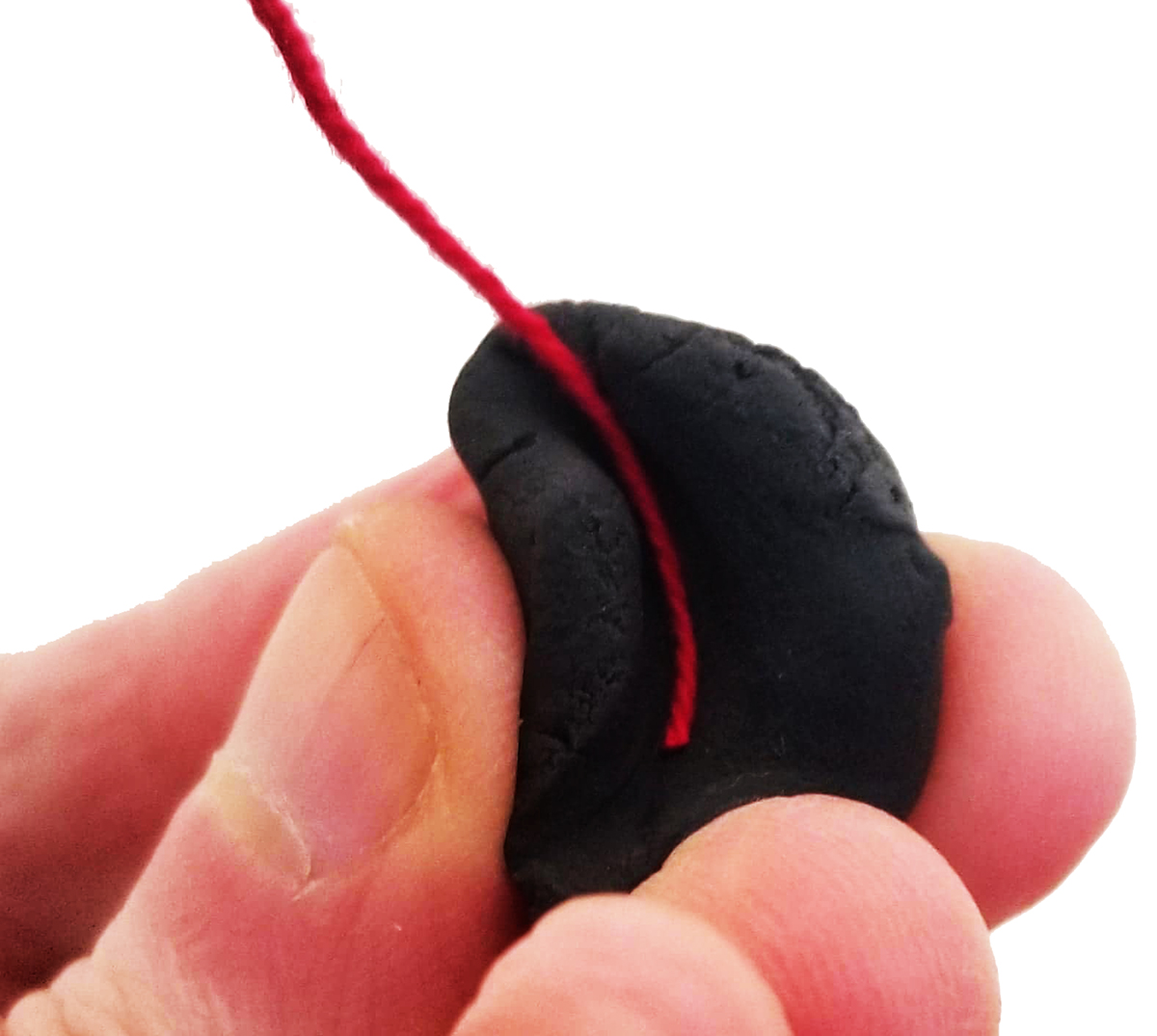 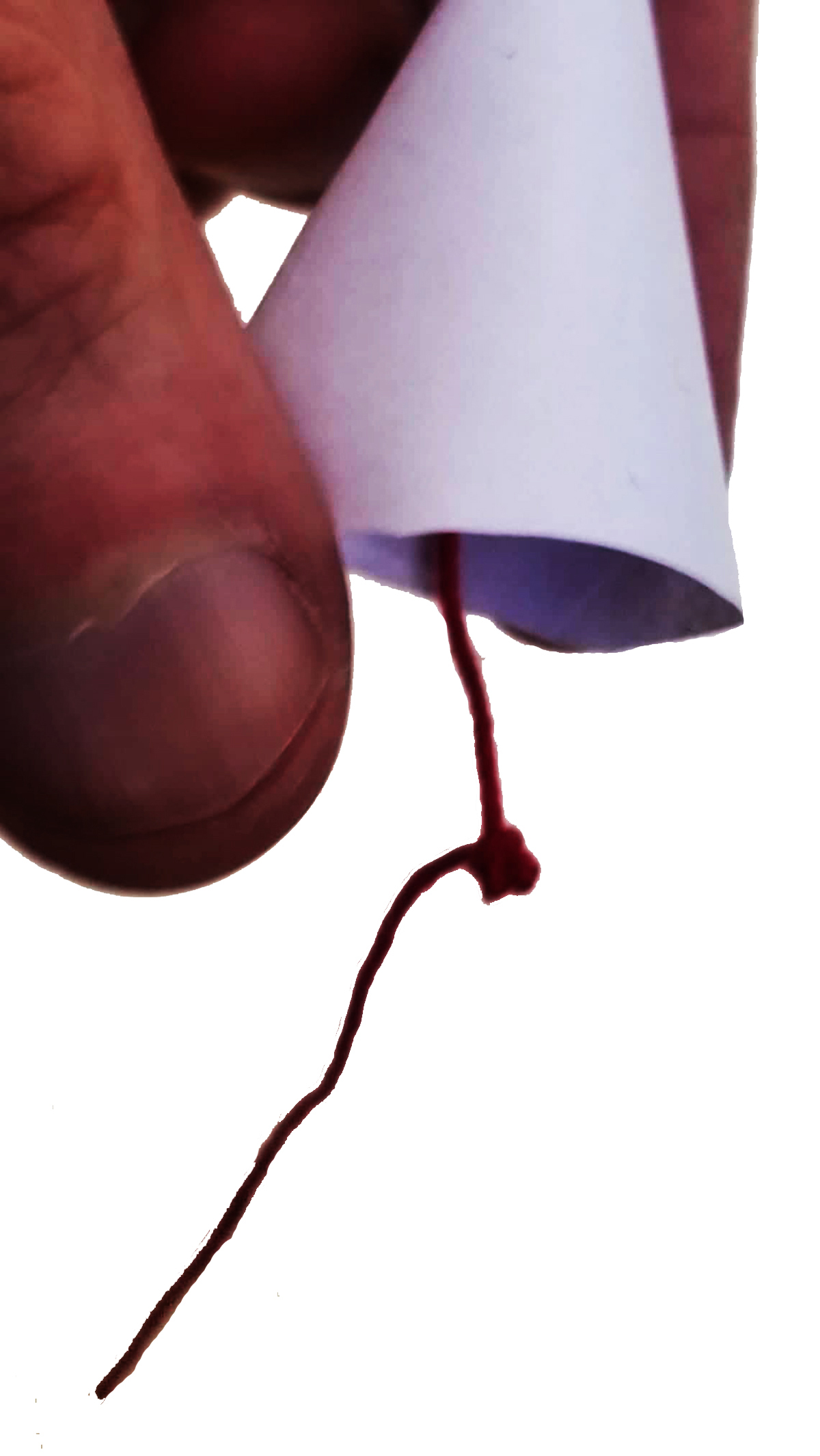 Repeat this with a short string, adding a ball of clay to the bottom. Tie a string of the same short length and attach a cone. We use paper cones so the second string in each pair is relatively light. The strings with the clay are the “drivers” because they are heavier.

Because the natural frequency (also called resonant frequency) of a swinging string depends upon the length of that string, we expect the strings of the same length to have the same frequency.

Gently knock the ball of clay on the shorter string to set it swinging. Knock it in the direction from front to back of the box (perpendicular to the horizontal string). Soon, the other short string swings. The longer string moves a bit, but the shorter pair moves more vigorously. This is harmonic resonance. The vibration frequency of the swinging short string with clay transfers through the horizontal string, acting like a person pushing a child on a swing. The string of the same length with a cone responds by swinging at the same rate, because it has the same natural frequency.

After the strings have stopped swinging, try the long string. Gently knock the clay at the end of the long string to set it swinging. The string with clay drives the pendulum. Soon you will see the other long string swinging as well, responding to the driver, because it has the same natural frequency. The effect is strongest after several minutes.

Notice that the pendulum traces out a sine wave over time.  Our Scratch models of sine waves make this simple. You don’t even need trigonometry but can trace the sine wave by following the motion of a circle, as we show in this Scratch model. 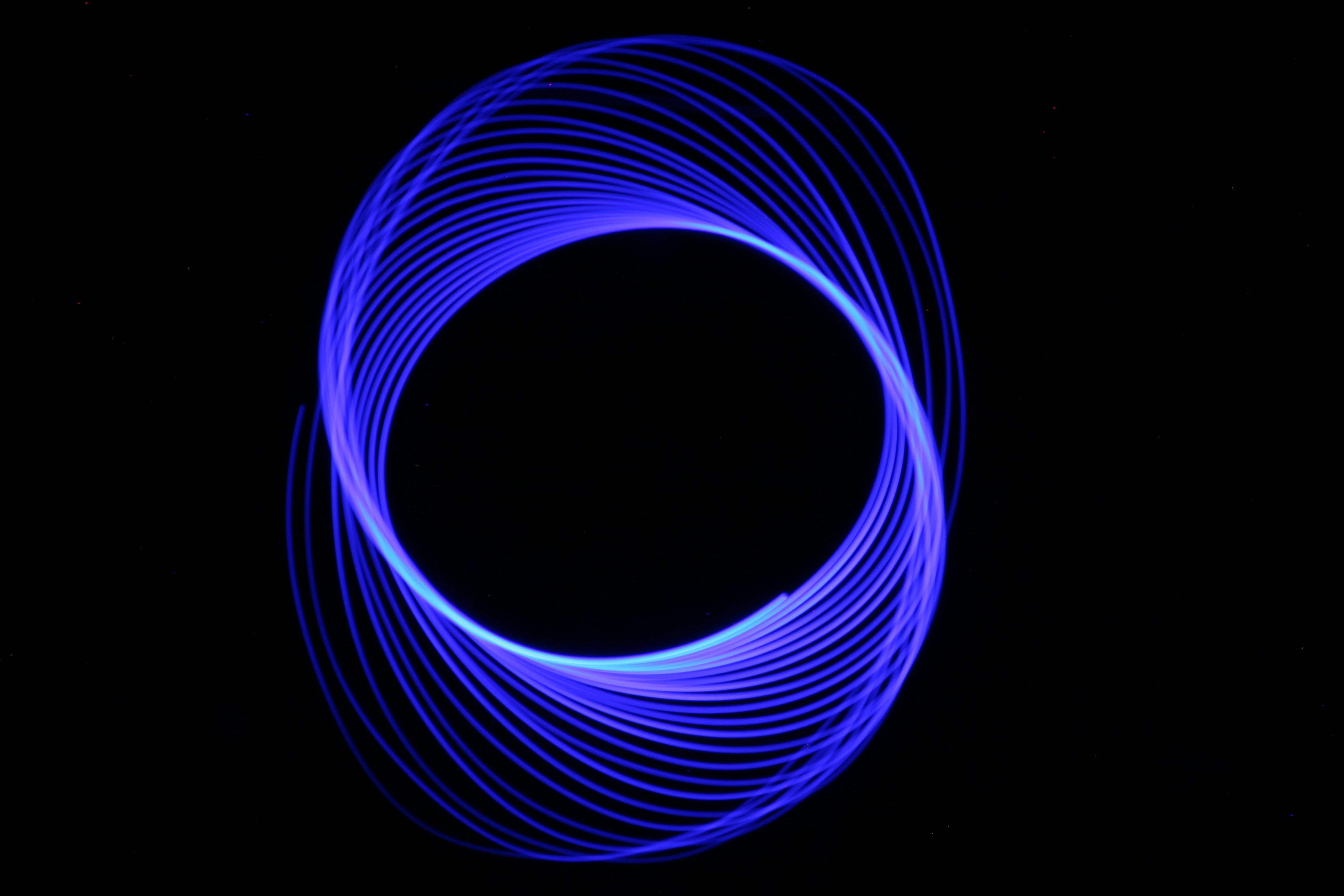 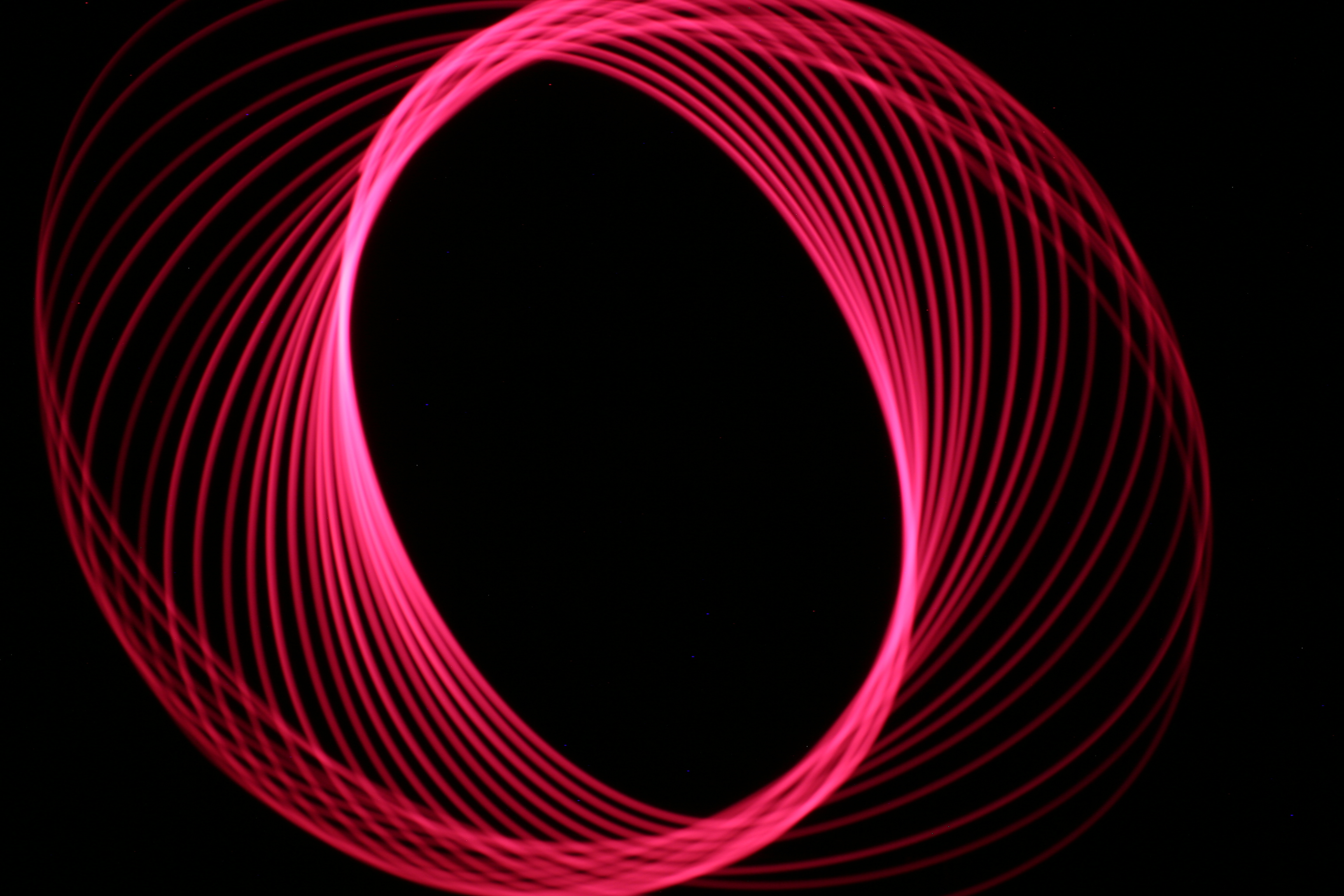 Create an artful representation of pendulum motion. This lesson plan (download) is appropriate for grades 7 -12.  The lesson and the images on this page were created by Larry Jozwik, Executive Director of The Prairie School’s Center for Developing Excellence. 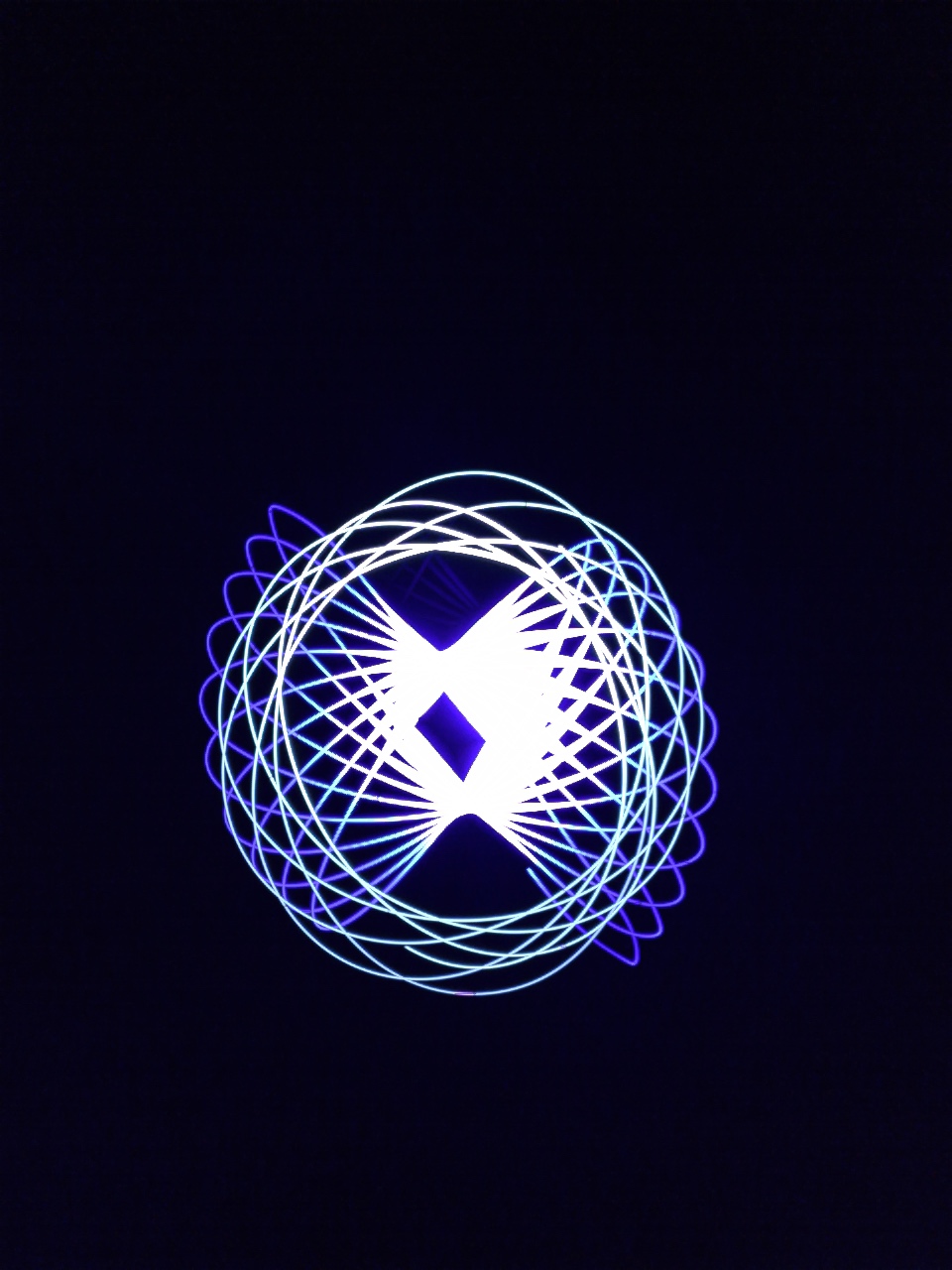 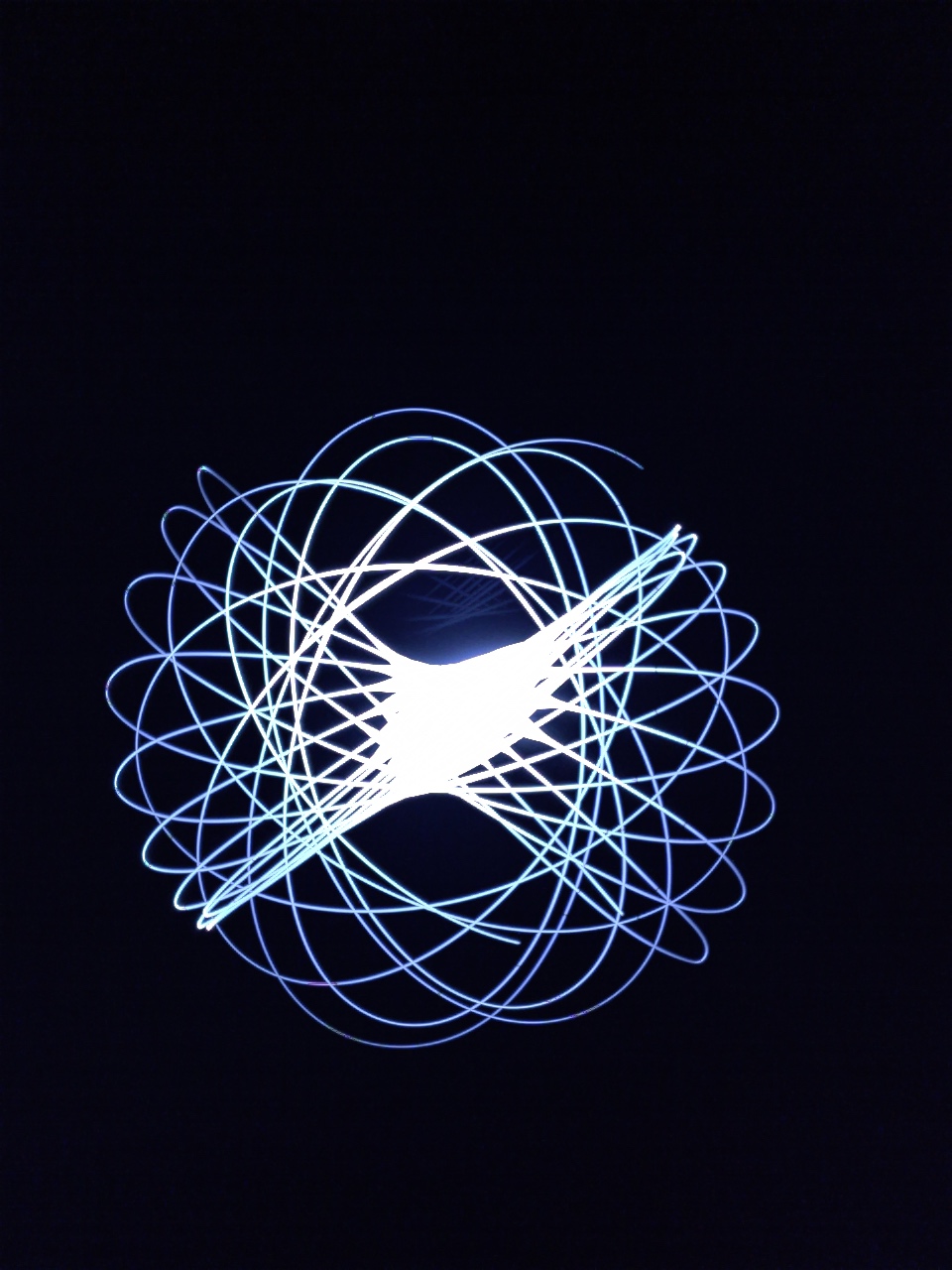 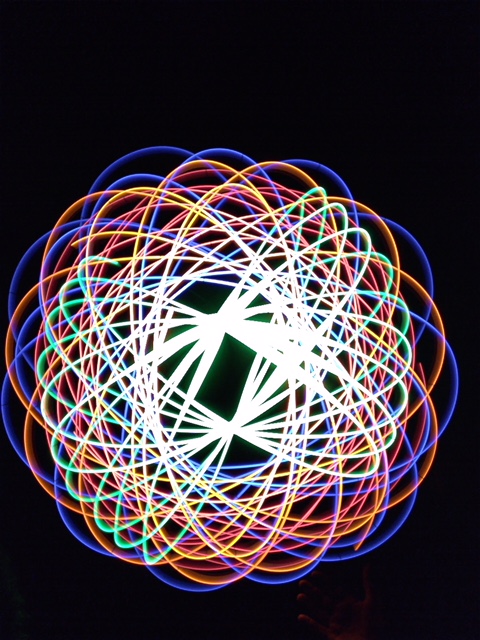 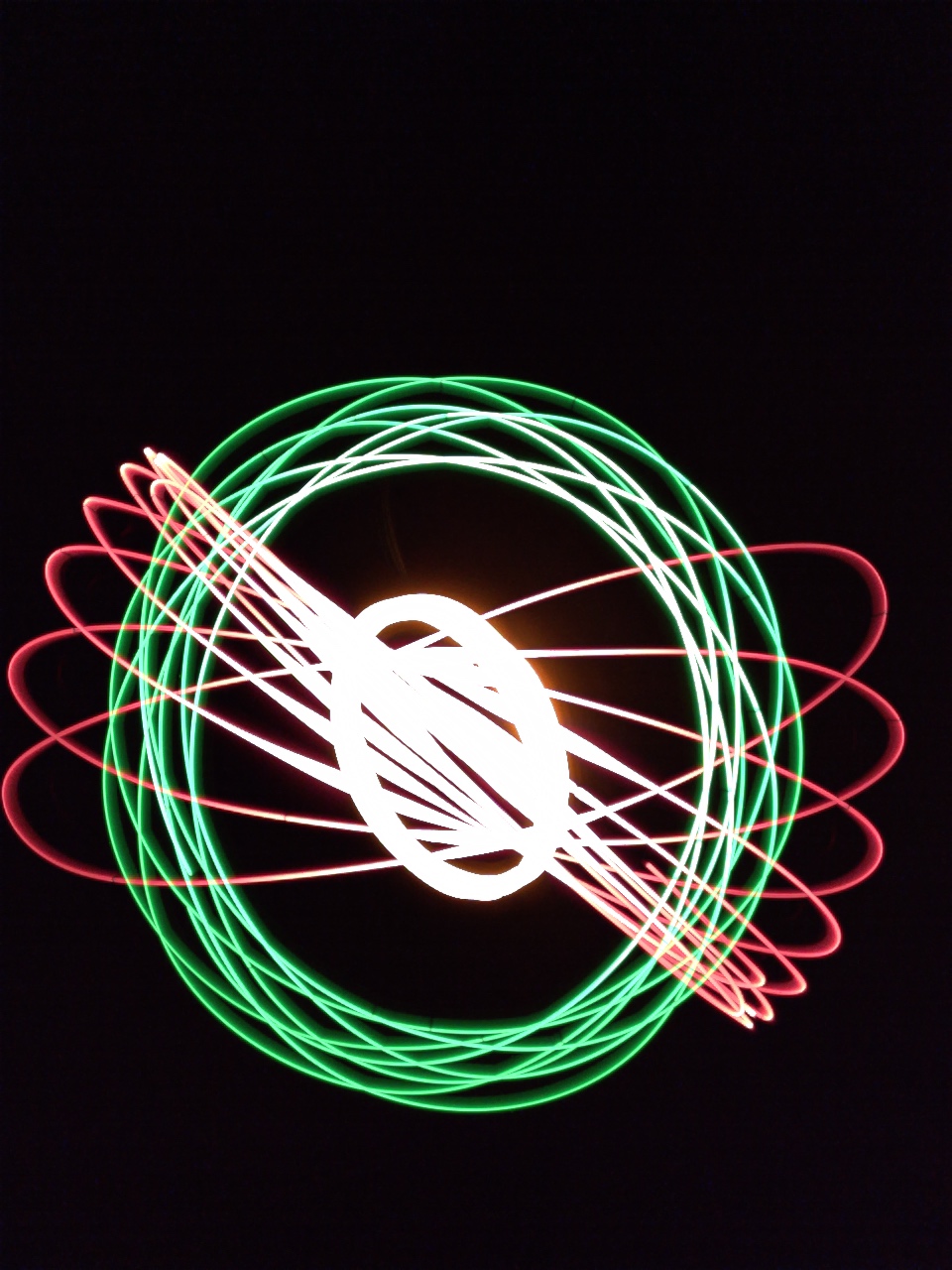 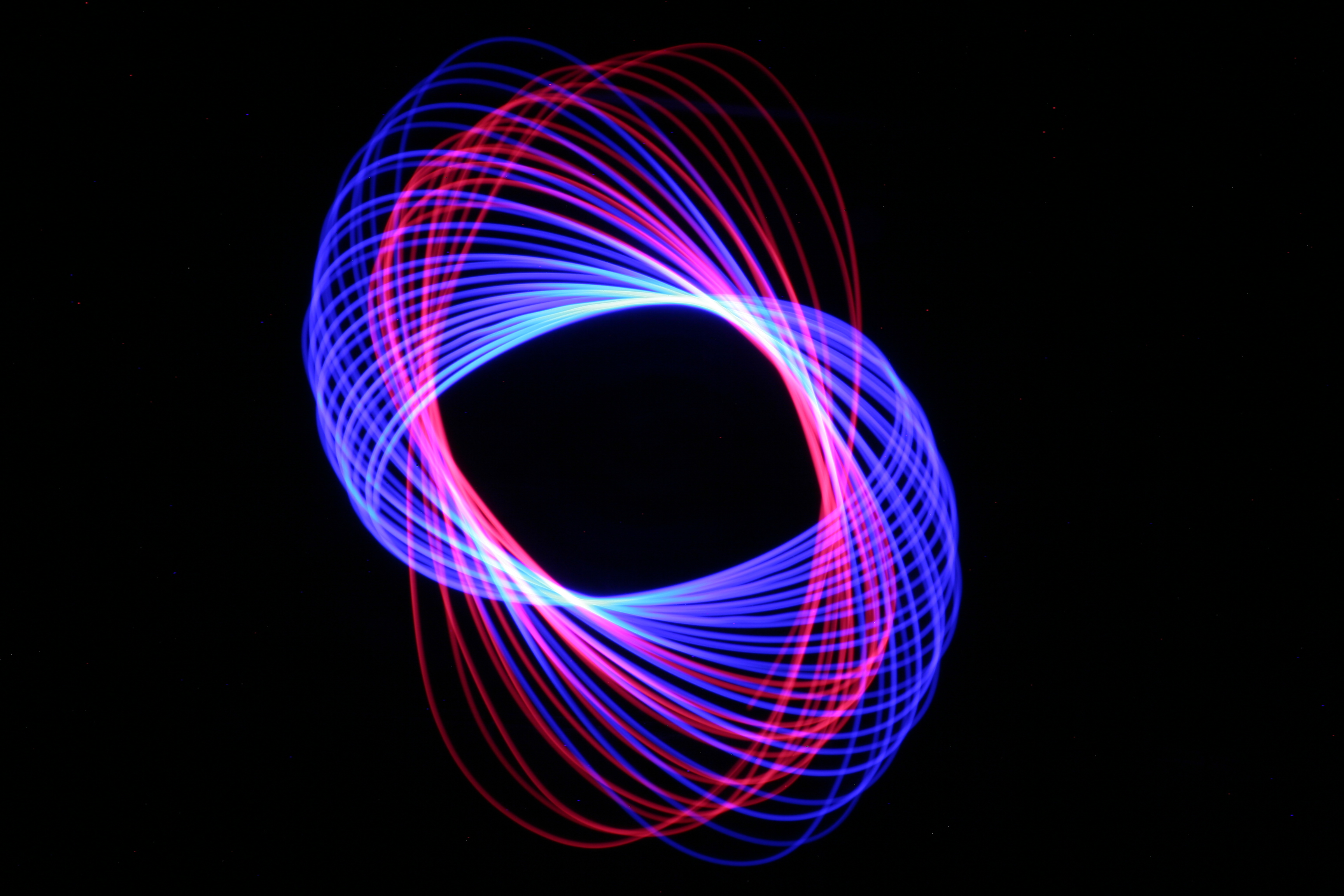 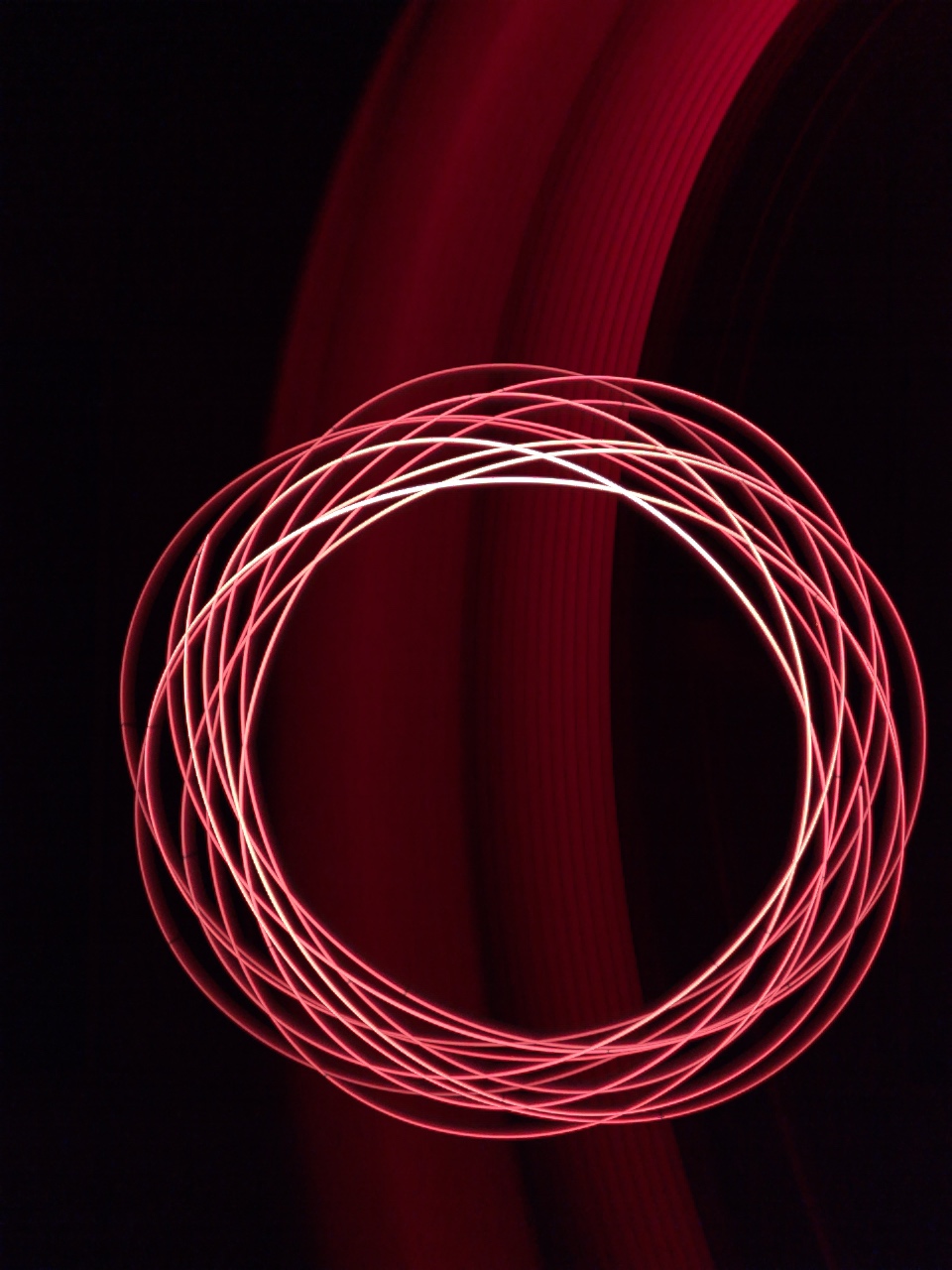